Our Singler is better than Your Singler: Duke 98, Oregon 71

Share All sharing options for: Our Singler is better than Your Singler: Duke 98, Oregon 71

It’s a day later, so you will have already read about how Duke had some smoked Duck for a little post Thanksgiving meal. With only a brief recap I’ll get to some more general observations. 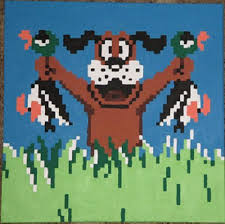 Duck Hunt FTW!! Was NES the pinnacle of gaming?In case you were wondering: Kyle Singler is still a really good basketball player. While he hasn’t been statistically dominant the first 5 games, he had a great homecoming game in Portland on Saturday. A large and vocal Duke cheering section watched him tie his career high with 30 points on a sparkling 9-15 from the field, including 5-9 from distance and 7-7 from the line.

On the opening play Duke ran a little curl move for him on the left wing: his pull up jumper was good. Apparently Oregon wasn’t watching on that possession because Duke ran the same thing the next time down, this time Kyle cutting to the basket for an And-One bucket. Overall the Ducks looked like they were not quite ready for the big time billing that the pre-game marketing had built up. (the dual Singler poster/graphics were pretty cool I thought) They had back to back possessions in the early going with very lazy passes that turned into Duke baskets. Oregon was very tight from the field as well - managing only 7 points in the first eleven minutes of the ball game - and finished the first half under 30% from the field. The Ducks did manage to keep the game from getting out of hand by using some changing pressure defenses - most effectively a 3/4 court trap. Until the last few minutes of the first half Duke struggled against that trap, constantly dribbling themselves into trouble instead of passing the ball. Steph Curry seemed to be the only player not flustered with the pressure, but he and Dawkins were 0-fer the first half as Duke held a 15 point margin. 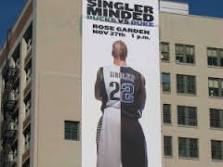 The second half didn’t start well for Duke: 2 straight turnovers sandwiched around two pretty offensive possessions for Oregon (including baby Singler burning big Singler on a back door cut). But instead of going with the smaller lineup that has been our most effective 5, Coach K stuck with the bigger group with Miles Plumlee on floor. Duke went on a run with 4 of 5 trips resulting in made 3 pointers and suddenly they were up by 30. The rules dictate that the final fifteen minutes of game had to still be played, but the game was essentially over at that point. Oregon’s front line did manage to play a bit better down the stretch but it wasn’t enough to make a dent in the lead. And while not as eye-gougingly bad as Kansas State, Oregon missed a lot of freebies as Duke was able to play some good defense from the free throw line for the second straight game. Andre Dawkins continued his solid play of late with 14 points in the second half as he and Curry did their best Cyprus Hill impression (“Word to your Moms, I came to drop bombs”) as Duke cruised to victory.

Now for the juicy game notes and observations: