Handing out the Hardware: Our Picks for All-ACC

Share All sharing options for: Handing out the Hardware: Our Picks for All-ACC 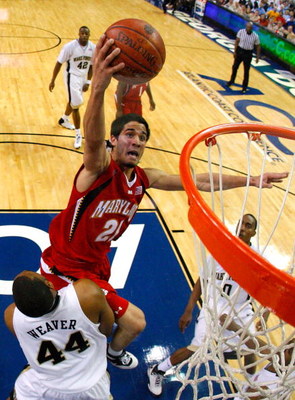 Well folks, as we find ourselves winding down another ACC season (it went by so fast, didn’t it? Tar Heel fans excepted, of course…) and it’s time for your friendly neighborhood bloggers at BvB to dole out some end of the year honors. Talent wise, it’s been a pretty down year for the ACC in general, but as a result, the widespread parity (read: mediocrity) has resulted in quite a few ( poorly played) close games along the way. Here are the guys who stood out:

POY:  Jon Scheyer OR Greivis Vasquez: Here’s how this is going to go down: whoever wins tonight’s matchup between Duke and Maryland should also be the team that can lay claim to its best player taking home ACC Player of the Year honors (in all honesty, we’d like to see that prediction come true regardless of outcome). It might seem like a cop out, but you tell us how else to separate these guys. Both point guards (don’t tell Coach K), seniors, and team leaders for the two best teams in the conference. Scheyer (18.8 ppg  5.4 apg  1.6 spg) leads the conference in assist/turnover ratio, free throw shooting, and minutes played and is fifth in 3 point %.  Vazquez (18.7 ppg  6.4 apg  1.5 spg) leads the conference in assists per game, is ninth in FG % (which is great for a point guard) and is right behind Scheyer in FT % and  seventh in MPG. Both are deserving, and both are great players. If you put a loaded squirt gun to our heads, we’d probably give it to Scheyer. (He grimaces more, but has better skin) The truth of the matter is that the team that wins tonight’s game will in all likelihood produce the eventual winner of this award, particularly when you consider that Vazquez accounts for so much of Maryland’s offense.

First Team: This was actually pretty easy up until the last spot. I doubt there will be much disagreement amongst those of you with opinions

Second Team: Probably not a whole hell of a lot of debate here either, to be frank. There’s a pretty sharp drop off after these guys.

Coach of the Year: Gary Williams - At the beginning of the ACC season this looked like Tony Bennett’s award. Three weeks ago it probably belonged to Seth Greenberg. With a strong honorable mention to Coach K, we think Williams gets it this year. Both he and K have the two most upper class laden teams and both are fortunate enough to have POY candidates running the point, but after Vazquez, Maryland’s got a bunch of nothing. Coach K gets penalized for having talent laden teams, which is unfortunate , but sweaty Gary has done a truly commendable job yelling and sweating his team into contention for the ACC regular season title.