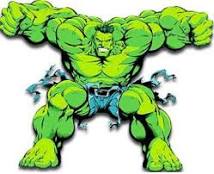 You wouldn’t like him when he’s angry. Unless you pull for Duke, that is.

The Blue Devil’s Senior guard put up a career high 28 points on Sunday night leading his team to victory over the Miami Hurricanes. The Canes came in to Cameron with an 11-4 record ( though with only two quality wins over Miss. St. and WVU ) and boasted the highest scoring backcourt in the conference ( Malcolm Grant and Durand Scott average 29 ppg, collectively) as well as the best rebounder in the conference, in the person of Reggie Johnson at 10 rpg.

From the outset, it was clear that Duke’s defensive strategy was to pressure the heck out of the Miami guards, using their hedging bigs to push Grant and Durand out as far as they could, and force them to drive instead of getting any reasonable looks from beyond the arc. Because they had to start their drives from so far out, the Duke big men had time to recover to the ball when Miami drove the lane. The result of this strategy was twofold. On the one hand, Grant and Durand had miserable offensive evenings, going a collective 8-26 from the filed and 3-9 from three. On the other, the court was spread enough that the guards were able to dish the ball off fairly effectively when they did drive, allowing for a number of easy buckets, contributing to a tight 22-20 Duke lead with 5 minutes remaining in the half.

It was at that point that Nolan “Bruce Banner” Smith went apeshit.

It started with an astoundingly poor charging call against Smith as he drove the ball up the sideline, that, for anyone who knows anything about basketball, was pretty much a textbook example of a blocking foul. (I concluded from this and about 20 other AWFUL calls and non-calls during the course of this game, that the 3 officials who worked it would not be included in that group. In all honesty, this was probably the most poorly officiated game I’ve seen in several years. But I digress…) Nolan was visibly annoyed by the call, which is rare, and he proceeded to vent his frustration by scoring 13 straight points in 3 minutes and 14 seconds ( or pi minutes, if you will) as Duke finished the half on a 15-2 run and up 37-24. In his last 4 games, Nolan is averaging 24.5 points, 5.5 assists and 5.5 rebounds per game and is, I would argue, the clear frontrunner for POY in the ACC.

The second half was largely a war of attrition. The lead never exceeded 16 and was never less than 9. On both of the occasions that Miami cut the lead to that 9 point margin ( at the 11:50 and 6:30 marks), Andre Dawkins stepped up in a big way, scoring on consecutive offensive posessions on both occasions. He had an outstanding game overall, with 16 points and 4 steals in 29 minutes off of the bench.

In general, Duke played pretty well in all phases of the game except shooting, and even that wasn’t awful, it just wasn’t up to their normal standards. As a team they shot 43% from the floor and 36% from three, and a lot of that was due to Kyle’s off night ( 5-15, 2-8). The atmosphere in Cameron was fantastic, especially considering that the students aren’t back yet. I think everyone was excited  to finally face some stiff ACC competition after 4 games of well-timed, no-Kyrie-having, cupcake-playing adjustment.

- Miles and Mason seemed to be wearing oven mitts for a large portion of the time they were in the game ( either that, or they have been watching a lot of Taymon Domzalski and Casey Sanders game tape to prepare) and were just mysteriously unable to hold on to passes and rebounds. That being said, they still managed to account for 8 points, 16 boards and 5 blocks and hustled like crazy. Get those boys some super-glue !

- Ryan Kelly is really damned dependable. His stat line, which is nice ( 8 points, 6 boards, 3 blocks) doesn’t tell the whole story. He hustles as hard and talks on defense as well as anyone on the team. His basketball IQ is stellar. He will replace Kyle next year at the 3 and he will do a great job of it.

- Reggie Johnson is a beast. I mentioned this during the ACC tournament last year and in my ACC preview article this year, but this guy had improbably great footwork when he weighed 330. Now that he’s down to a trim 303, he is really tough to handle. He finished with 20 and 10, which is what he will be averaging by the time he is a senior.

- Kyle and Nolan each played 40 minutes and Duke used only 7 players. Welcome to the rest of the year. Like it or not, it’s the Coach K way.