Share All sharing options for: Duke 56, UVA 41: A Barn Builder 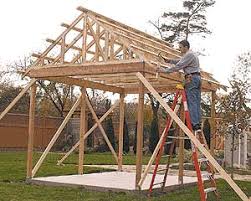 Duke vs UVA…. no burning allowedWell with all the much talked about injury issues for UVA’s front line, there wasn’t much suspense in the out come of last nights matchup for the Devils. To the Cavalier’s great credit they played Duke tough especially on defense and frustrated the taller, more talented Dukies to the tune of 18 turnovers and a season low 56 points (from a team averaging 83 on the season).  The early moments of the game the Hoos came out fired up and make Duke look like the shell shocked and nervous team of the first half against UNC. Duke clearly came in the game plan to take advantage of their height - but seemed unfocused and tried to force the ball inside even when the passes weren’t there. In the first 8 minutes they had 6 turnovers and only 3 made field goals while UVA had rattled off 10 straight points. But even though Virginia was able to force Duke into a slower tempo the whole game - they simply couldn’t score enough to stay competitive. Duke made its next three 3 pointers and continued to edge in front thanks to Nolan ‘Da Beast’ Smith and some nifty play from Ryan Kelly.

In the second half UVA went from bad to very, very bad: managing to decrease their 33% FG shooting of the first half to a coma-inducing 6-26 (23%).  After the third time hearing Mike Patrick say “Boy they just can’t buy a bucket” I wanted to be able to tell him that perhaps a more stringent turn of phrase would be in order.  Both teams had protracted and unproductive offensive possessions that were truly offensive. Duke only had 18 total shots in the second half but did manage to shoot 50% for the game as they salted away another victory.

On the plus side for Duke it was a win, and no road win should be taken for granted. They did have a plus 10 advantage on the boards and shot well from the floor. The Cavaliers missed a lot of shots - and the credit for that seems like it should be shared between tough Duke D and crumbling Cav confidence. On the minus side for Duke there were those 18 turnovers. Many of which were just shake-your-head-in-disgust kind of bad. Virtually everyone on the team took turns loosing their poise last night (with the exception maybe of Kelly) and trying much to hard to force things that didn’t need to happen. Tony Bennet’s teams play tough, scrappy, often frustrating D. If they would have been able to hit the broad side of a barn they could have made it a game. But in the end it was too much talent and the strength of Nolan Smith’s indomitable spirit that carried the day. 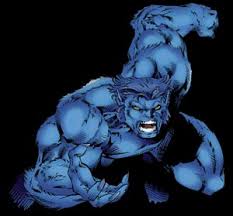