Share All sharing options for: Duke 78 Temple 61 : Welcome Back, Kyle !

﻿﻿Over his last 5 games, Duke’s preseason POY candidate Kyle Singler averaged just 11 points on 32% shooting, while hitting only 4-17 3-point shots; offensive numbers not worthy of his abilities and numbers that have to improve is Duke is to see any extended tournament play.

Tonight was a big ol’ step in the right direction. 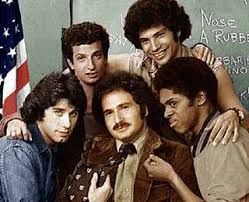 Singler dropped in 28 points on 10-19 shooting ( only 0-1 from three) in leading the Blue Devils to a solid victory over the #24 Temple Owls.

Duke started slowly on offense ( big shocker), scoring only 7 points in the first 7 minutes, but limited the Owls to only 9 points over that span. The tenor of the half was reminiscent of the physical Georgia Tech game, as 11 fouls were called in the first 8 minutes and both teams found themselves in the bonus by the 10 minute mark. Around that same time, Duke picked things up on the defensive end. They held the Owls scoreless on 5 straight posessions ( somewhat thanks to missed free throws) and turned defensive rebounds and turnovers into transition buckets at the other end, resulting in a 19-12 advantage. Temple relied the scoring touch of Rahlir Jefferson(who scored 10 first half points) to keep the game tight. But Duke executed a perfect 2-for-1 exchange over the final 50 seconds, as Nolan made a brilliant pass to Seth for a three as time expired. This pushed the lead up to 31-24 at the half and gave Duke a great shot of momentum going into the locker room. Kyle finished the half with 12 points. On the other side, the Temple trio of Moore, Fernandez, and Allen, who collectively average 35 points per game, were held to just 7 total points.

The second half, was, from an offensive standpoint, one of the better halves of the year for Duke.They started the half on a 12-4 run and never looked back. Things really seemed to be clicking, and the Devils got solid contributions from all 5 starters. They shot 55% from the floor , went 5-9 from 3 point range and shot 8-8 at the line. Kyle continued to pour it on, as he made a concerted effort to attack the rim; of his 10 field goals, 8 were layups and 1 was a dunk. Duke ( and Singler in particular) continued to do a great job on Temple’s scorers, holding leading scorer Ramone Moore to just 8 points on 3-8 shooting and Juan Fernandez to 8 points on 2-10 from the field.

From a numbers standpoint this was a pretty even game. It largely came down to the fact that we just shot better than they did and hit more free throws than they attempted ( remember those days?).

At the outset of the game, Kyle made several strong moves to the hoop with comparably weak finishes and poor results, a pattern that those of you who have been paying attention will certainly recognize from the last 4 or 5 games. In his post-game comments Coach K indicated that this is something that the coaching staff has been talking to Kyle about correcting and immediately used his first attempts tonight to illustrate the point, urging him to finish at the rim with more conviction.

-Kyle’s 8 free throws were the second most he’s attempted all year ( 11 against Elon); another indication of how he played tonight. I think he was able to exploit some height advantage, too, as he frequently seemed to be defended by players around 6’5”…

- From the bench Duke got 25 minutes, 12 points, 1 rebound and 1 assist.Tyler played extremely well off of the bench again before having to bow out with foul trouble.Miles made 1 horrible pass and was practically on the bench again before Temple got to the other end of the floor. Coach K has to have the quickest hook in College Basketball. On the other side, Andre dropped in two threes in limited minutes, so let’s hope that’s a confidence builider for him. There’s been an awful lot of concern inside Duke nation that his lack of PT could lead to a transfer…