A Deeper Look at the South West Bracket: There's no Place Like Home

Share All sharing options for: A Deeper Look at the South West Bracket: There's no Place Like Home 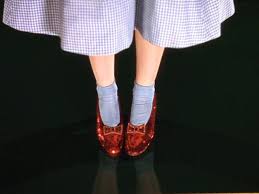 Who’s red slippers will be taken back to Houston…?On paper Pitt looks like the #1 seed that has the path of least resistance, but I don’t think many people would argue that Kansas’ path to the Final Four doesn’t look too shabby either in the South West. The Jayhawks come into the tournament playing well: cruising to yet another Big 12 title and avenging one of only 2 losses on the year beating Texas in the conference tournament championship. They are led by the Morris Twin Towers of Marcus and Markieff (why oh why do parents do this kind of thing) who will both be cashing NBA paychecks for a lot of years to come. They have very deep, very athletic team that likes to run but also is very efficient in the half court (#1 in Pomeroy offensive efficiency).

Lurking though are a couple of able challengers. Louisville is an intriguing team whose performance has forced their way into the national conversation. Everyone knows to expect full court, high pressure defense with Pitino teams, and that is the kind of thing that might present a challenge for a Kansas team whose only unsettled factor is at the point guard spot. In the bottom half of the bracket I would be shocked if anything other that a Purdue/Notre Dame Semi Final matchup happens. The entire state of Indiana would be shut down for that game (since the Hoosiers are still an afterthought at this point) and the either victor would challenge Kansas. Notre Dame doesn’t have a lot of recent NCAA tourney history on their side, but they start 5 seniors including Big East POY Hansbrough Jr. They won a lot of games in the Big East but don’t have the bruising profile of Big East team - something that will likely help them in what is usually a more tightly called NCAA game.  I also watched Purdue play twice this season and was duly impressed. JaJuan Johnson’s scouting report would read like the prototype for an NBA four man, and he had the rare double of winning his conference POY and Defensive POY. And E’Twaun Moore has bounced back from his mid-season shooting swoon into a player that could carry his team to Houston by his will alone. (that and his hot outside shooting)

Outside of the top four seeds there is not a lot buzz in this bracket’s bonnet though. Vandy is the trendy pick to take it on the chin again, but this year it might be simply because they are playing a team that is better than them. Georgetown looked like a Final Four possibility until Chris Wright’s broken hand sent them into a tailspin. Word is he may be back, but most people are worried about how effective he will be. I think Florida State’s high pressure D would create a tough time for Notre Dame’s controlled offense, but I don’t expect the Noles to get past Texas A&M.

So all signs point to Kansas marching to the Final Four. But if they stumble again (*cough* Northern Iowa) don’t say I didn’t tell you so.

Best First Round Matchup: Well I can safely say that the bare-knuckle brawl between Texas A&M and FSU is unlikely to be very popular for anyone that likes to see, um, baskets made. So the best first round game has to be Vandy vs Richmond. A lot of people think the Spiders were under-seeded as a 12, and looking at their resume I might agree (it’s certainly better than the four teams seeded as play-ins at 11’s). Vandy has a solid team that makes 3’s and defends the 3 well. Richmond counters with 3 players shooting over 40% from distance.

Dark Horse: Hard to call them a Dark Horse at #3 seed, but I really like Purdue. They are not a particularly big team but they have two All-American caliber players in JaJuan Johnson, the 2011 Big Ten Player of the Year, and E’Twaun Moore. Seems like they are not really being talked about as a Final Four team, but I like their chances.

Upset Special: A lot to choose from in this bracket (I already like Richmond, but ESPN game simulator actually has them winning 55% of imaginary matchups) but I think whoever wins the VCU/USC matchup can give Georgetown a beatdown. I think it will be USC’s combo of bruising hieght and speedy, mighty mites that will do them in.

Best Potential Second Round Game: Probably the game that would generate the most national buzz would be Kansas coach Bill Self facing his former team of Illinois (being a part of the strange coaching Bermuda triangle in the top of this bracket with Lon Kruger now at UNLV also formerly of Illinois).  The Illini have the size to compete with Kansas’ twin towers, but they have scuffled much of the season after a hot start. Illinois would have to get past a hot UNLV team that could signal the potential of this team tapping their potential - which is potentially quite high. 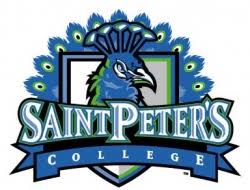 Say Hello to my little Peacock friendBest Mascot: The Akron Zips are always going to be a contender for this award, but how can you not go with the St Peter’s Peacocks??? The puns available here are just too tantalizing.

God Shammgodd Award (best name):  I like Dash Harris from TX A&M but there is something awesome about Stephan Van Treese of Louisville. Sounds like the perfect villian name from a Steven Seagal movie.

Home Cookin’ Award (best geographical placement): A tough choice here actually but Notre Dame and Purdue getting first round games in Chicago gets the nod. Just too bad that this potential Elite Eight game couldn’t be played there too…

The CincyWakePittACCteam award for perennial underperformer to avoid picking for a deep run goes to: I would love to give this award to Georgetown, but with so many questions lingering about Chirs Wright’s injury there is not much hope in Hoya Land. So while they are still the favorite,  I must say Kansas is the team to take here. The 2008 title cleared Bill Self’s name, but overall his big game coaching resume has a lot of black eyes. And there are several teams in this bracket that could take them down.