To Jabari or not To Jabari

Uber recruit Jabari Parker makes his decision later today, what would Duke look like both with and without him?

Share All sharing options for: To Jabari or not To Jabari

Later today College basketball nerds all across the country will be glued to their twitter feeds (or ESPN U if, like me, they are unemployed) as one of the best high school seniors in his class, Jabari Parker, makes the announcement of his college choice . There are five finalist: Duke, Michigan State, Stanford, Florida and BYU. Duke and Mich St. are the presumed favorites, but every rabid fan from those schools is likely doing whatever voodoo spells of coercion they know in hopes of landing him. He is a basketball talent & personality combo that by all accounts is exceptional on all levels. He was the National Player of the Year last season as a Junior, a feat very rarely achieved. And if you believe the clippings, he is humble, hard-working, and an excellent student.

Those of us in Dukelandia have been seeing everything through rose-colored glasses since this season tipped off, so no surprise that the buzz seems positive about Parker committing to the Devils. There are plenty of people not ready to push all their chips in, however, as they look back on the seemingly endless list of uber elite recruits who have slipped through Duke blue fingers in the last 10 years or so. (I contended there is dubious validity in that 'belief' but that is another editorial altogether) There is no question Parker and his position-defying game would be a good fit for Duke and its system - so that is not really worth discussing. However, in anticipation of the announcement, I thought it might be worth looking at what Duke might look like both with and without Parker next season.

No JABARI For YOU! 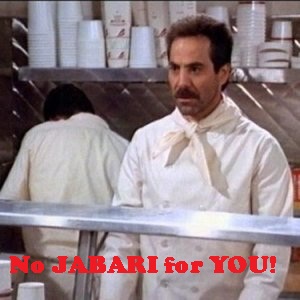 As much as I don't want to think about it, Parker may opt for the close-to-home choice of the Spartans, the close-to-faith choice of BYU or the unthinkable close-to-lots-of-coral-and-turquoise-color-combos of Florida *shudder*. But Blue Devil fans can rest assured that in that event the sky will not, in fact, be falling one day earlier than the Mayans predicted. Yes it would be painful to loose another celebrity level name that has been on the top of Duke's wish list for several years now. Yes it would feel like Shabaz Muhammad or Tony Parker or Patrick Paterson or Greg Monroe or (ugh) Harrison Barnes all over again. With the way these 'announcements' are now media events it also stands to be more embarrassing by being more memorable - and much like with Harrison Barnes there is plenty of optimism in the Duke Camp that could turn to egg on our collective faces. But lets take a moment to remember who is already on board for Duke 2013-14.

- At PG we have senior Tyler Thornton, a quality tough guy with some moxie backing up Quinn Cook, who seems in process of turning into a legit star this year. Cook is learning how to pick his spots offensively, and is becoming a dynamic passer. Which is important because....
- At SG we have another emerging star in Sulaimon, a do-everything dead-eye shooter who can defend 3 positions. His back-up will be Matt Jones, a combo guard who has a rep for being the best shooter in his class and for taking the tough defensive assignments. Yeah, so basically a Rasheed clone. Sounds awesome. Potentially we add Andre Dawkins back into the mix to reprise his '10 role of instant offense off the bench. A lot of firepower here.
- At SF we suddenly have a glut of talent (imagine that.... Duke with wings!) with newcomer Semi Ojeleye: a strong 6'7" makes-everyone-better guy who has a college ready physique and is also a great shooter; returner Alex Murphy: finally flashing the signs of life we've been hearing about as his confidence grows; and most importantly transfer Rodney Hood: 6' 7" slasher who can score from anywhere and might have been the most impressive player at this years Blue/White game.
- At PF we have Senior Josh Hairston, like his classmate Tyler a tough blue-collar player who can be a role-player bringing energy and rebounding. The likely starter in my mind though would be Amile Jefferson. Given another year to get stronger I love his ferociousness on the floor. He was a big last minute get for Duke last year, made bigger by some misses this year.
- At C we have only Marshall Plumlee. At this point anything anyone can say is speculation since we have a total of 2 minutes of live game footage. He is a fierce competitor (aren't all younger brothers?) and most importantly for next years team, he is a true center. He'll provide size, rebounding, and more hilarious post-game interviews. Hopefully his most recent setback, will be just blip come January. (Duke is now rumored to be a late entry for the services of 6' 9" Gavin Schilling as they missed on big men Marcus Lee and Austin Nichols. Another big body would certainly be welcome)

So the obvious weakness from what we know now is lack of depth and scoring punch down low. But the big men in this case probably wouldn't need to score much. The 1-3 men would have more than enough in that capacity with a great mix of driving acumen and incredible shooting ability. I might also argue that 2 of the 3 of Jefferson, Hairston, and MP3 along with any of our wings is a better rebounding team than what we have this year. It's not a huge front line, but there is good overall team size. When we went to a smaller lineup it would be a team that could be devastating on the break and could press/trap a lot. On paper I admit it doesn't necessarily smell like a championship team, but it would be a very different Duke team than we've had the last few years. And man it could be fun to watch. 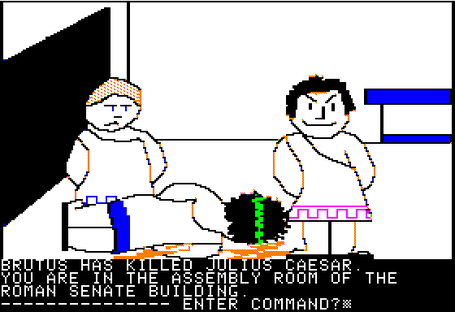 Parker is listed at 6' 8" and 220. (though in his recent national tv appearance he looked rather more dough-boyish after his 5 months off with a bum wheel) He was obviously not in full form for the latest television showdown against Matt Jones' team last week, but the scouting reports on him tell of athleticism to spare, great awareness and basketball IQ, extreme toughness, and terrific scoring punch from outside, from inside or off the bounce. Hard to figure why everyone wants this kid right?

Generally Jabari is listed as a #3, but for Duke next season it seems he would slide right into starting spot at the 4 with Cook, Sulaimon, Hood and Plumlee. But the truly tantalizing moments would be the flexibility he would provide as Duke went to a smaller lineup. (imagine the absolutely filthy offensive lineup of Quinn, Rasheed, Matt Jones, Hood and Parker - that team would never loose a pick-up game!) It would be exciting to see a Duke team push the ball in transition more, and have the athletes to play Coach K's preferred high-pressure D. Parker helps greatly in both areas. He would give next year's Duke team much needed front line scoring, rebounding, and if what everyone says is true the kind of "it" factor superstar that is so necessary in big time winning.

It's also worth noting that for everything he would bring Duke on the court, having Parker commit would have other benefits. First he seems to be a great kid who would be very easy to coach and very easy to root for. On paper he's totally a Duke guy. He's not likely to be more than a one-year player, and it's nice to have that level of talent considering someone other than Calipari's Lexington-based factory. Also on a meta-level Duke fans would like to see Coach K actually win one of these big, protracted recruiting battles and not just get the kids that sign up early. It certainly would be a huge feather in the Krzyzewski cap as he lines up what could be a monster class for 2014.