The South Region: Welcome to the Duke Revenge Association

Share All sharing options for: The South Region: Welcome to the Duke Revenge Association

If, before this season began, Duke fans had been able to get a glimpse of the current state of the team purely in numerical terms, they'd probably have to feel good about where they sit: finishing second in the ACC, #5 in the RPI, a top-10 offense (according to Ken Pomery's rankings), and most crucially, a number 2 seed in the NCAA tournament. However, the reality of the situation is that the Devils are widely regarded (by both media and fans making their bracket picks, I would guess) to be the weakest of the 2-seeds and limped their way through the ACC tournament looking like a much less potent offensive team without Ryan Kelly, who at his best can be a matchup nightmare as Duke's "Stretch 4" but provides Duke with about as much reliable defense as the team ballboys do. Already looking vulnerable, the selection committee clearly sensed blood in the water and surrounded Duke not only with teams that are fully capable of beating them, but have a delightful media-friendly dose of history between them.

Most people are talking about this year being the 20th anniversary of Christian Laettner's shot against Kentucky, the 1-seed in the South, but before they could even have the honor of getting mauled by the Cats in Atlanta (and yes, I believe it would be a mauling, my friends) Duke could potentially face the following schools that have suffered heartbreaking tourney losses to in the past: Xavier (Elite 8 loss in 2004 - were these players even born then?), Baylor (Elite 8 loss in 2010) and UNLV (1991 Final Four - ok seriously though, I think most of these players actually weren't born then). That having been said, while it makes for fun storyline fodder the reality is that the aforementioned teams aren't looking for revenge, they're licking their chops at the prospect of playing Duke because each of those teams matches up favorably with the Devils. Unlike years past where it's only been an illusion that Duke can't hang with other teams athletically (people thought Baylor was going to tear them apart in 2010), this year it's actually a reality. The Devils have struggled containing quicker guards on the perimeter, which may not even take until the round of 32 to manifest itself as a problem, since they play legit NBA prospect CJ McCollum and 15-seed Lehigh to open the tourney. 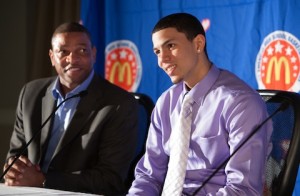 Have fun in the NBA, Austin!

Really, the best shot Duke has at the Final Four this year is for chaos to ensue in the top half of the region (since no one wants to face Kentucky), and for each of the teams they get in the bottom half to put on display the flaws that earned them their respective seeds. Notre Dame's slow burn offense leaves every game tight and makes them vulnerable; Xavier, for all its vaunted guard play, has gone through some bizarre scoring droughts throughout the year; Baylor has the type of players that purists love to hate - long on talent but a lack of mental toughness that means their top players are apt to disappear for entire games at a time; UNLV made an impression beating UNC early in the year, but while you weren't looking they also lost to teams like Wyoming and TCU; and even Kentucky hasn't exactly looked the part of the juggernaut lately, losing in the SEC tournament final after a close game with Florida in the semis and having their coach openly say their "swagger has turned into overconfidence." While this region probably has the most overall talent of the four, it's also probably the most volatile, with lots of teams capable of challenging for the Final Four or bowing out in the first round.

Unfortunately, however, that volatility includes Duke, as well. This has been a Jekyll-and-Hyde team all year and it's no reason to expect that to change now. Fans seem like they're aware of the team's limitations, and would probably be happy with a Sweet 16 berth. With both a team and a region this erratic and unpredictable, don't be surprised if it ends even sooner than that.

Best First Round Matchup: Most people are looking at UConn-Iowa State as a battle of talented-yet-underachieving teams, but how about a fight of talented-yet-actually-achieving teams? As annoying as it is for the selection committee to pair up two mid-majors in Wichita State and VCU in the first round, both teams look like they have Sweet 16 potential as the Shockers' potent offense meets tourney darling VCU and their young but defensively-minded squad.

Dark Horse: UNLV. Yes, I'm bullish on the Rebels after seeing them take down Carolina earlier in the year, but they have a formula that can win in March with great rebounding, a balanced offense, and a go-to guy in Mike Moser to get big buckets down the stretch.

The ‘Who?’ Award: Have you heard of VCU? I'm telling you, these guys are primed for a Cinderella run. (Seriously though, this region is full of big names, even among the so tough to pick a surprise here)

Upset Special: As tempted as I am by Lehigh-Duke, I'd also have to take a long look at New Mexico State-Indiana. The Hoosiers have had some admittedly high highs this year beating UK and Ohio State, but they've also been beaten by the likes of Iowa, Nebraska and Minnesota. After losing their senior point guard to an ACL injury, tough-rebounding NMSU might be catching them at the right time.

Best Potential Second Round Matchup: UK vs whoever wins the UConn-Iowa State matchup looks interesting until Kentucky jumps out to a 20 point lead in the first half. UNLV-Baylor should be a great battle of bigs inside. 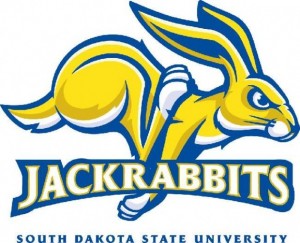 Best Mascot: We have an eclectic mix here, between the Shockers (Wich. St), Hilltoppers (WKU), , but I've gotta give this to South Dakota State, who somehow managed to make a Jackrabbit logo relatively intimidating.

Worst Mascot: Lehigh Mountain Hawks - what, all the other types of hawk were already taken?

The God Shammgodd Award (for best name): Much as I enjoy Tyrone Staggers (Lehigh), Bandja Sy (NMSU) and Tavon Sledge (Iowa State), I gotta give this one to Baylor's Deuce Bello.

The ‘Why are they here?’ Award: Colorado. I know they won the Pac-10 tournament, but couldn't we just exclude these guys on principle? This is a team that lost to Stanford by 20 & 24, UCLA by 17, and Oregon State by 14. And no, beating Arizona 53-51 to win the Pac-10 tourney doesn't count as coming in with "momentum."

The Home Cooking Award (for beneficial Geographical Placement): UNLV gets to play in Albuquerque as a 6-seed, which should help if they take on more-talented Baylor in the second round.

The Cold Wendy’s Fries in the Lobby of the Comfort Inn Award (for getting screwed, geographically speaking): Indiana probably isn't thrilled about having to travel to Portland after finally re-energizing their fan base for the first time in years. If Hoosier fans don't show up in droves, that arena is going to pull hard for whatever underdog is taking on IU.

The PittCincyWakeBigTenTeam Award (for perennial underperformer to avoid picking for a deep run):  2010 notwithstanding, Duke kinda has to qualify for this. Beware the high-seeded team who cannot play great defense or put together two good halves of basketball!